Use this days calculator to easily calculate the number of days between any given two dates.

How to do days calculations

Sometimes you just need to find out how many days you have to finish an assignment or how long a trip is going to be. Using this days between dates calculator is easy and quick as long as you have the first and the last date of the period of time you are interested in. You can choose whether to include the last day in the calculations or not.

Example: You need to find out how many days are between June 23rd and September 15th 2019. If you choose to exclude the final day, the result will be 84 days. If you wish to include the last day in the result, this would be 84+1, resulting in 85 days total.

This days calculator can be used to find the number of days between any two calendar dates. Wondering how many days are between Thanksgiving and Independence day? How many days between Halloween and Thanksgiving? Our tool has the answers - simply enter the two dates of interest.

How many days are between two dates?

It may look like a simple question, but the answer actually depends on the definition of what is meant by a "day" in the context of the question. There are three most common approaches required in most such problems.

With calendar days one needs to simply calculate how many days there are between the given dates. The math is straightforward with the only complications arising when the time span includes the end of one or more years. That complication is factoring in leap years. Leap years are years with an extra day (versus a regular year) and are necessary in order to keep the calendar in alignment with Earth’s revolutions around the Sun, as it takes about 365 days, 5 hours and 48 minutes for Earth to make a full circle. If leap years are not calculated into the calendar, we would lose about 24 days every 100 years [2].

Say you are an expecting parent and today is the first day of November. If the due date is before the end of February next year then leap years do not matter, but if it is after that they may. If the following year is a leap one, then there would be one extra day between now and the due date as opposed to if it was a typical year. This calculator does take into account leap years automatically and so does our counter for the count of days between two dates.

In some scenarios one is only interested in how many weekdays there are between two dates. This happens in business when one may state a contract term or offer to perform a given service in N weekdays. However, it is more common to state such terms in business days, as discussed below.

It is common for business contracts to state the execution time for a given amount of work, or the delivery terms for goods or services in terms of business days, otherwise known as working days or "bank days" in some cases. While it varies by country, in general working days include all weekdays minus any official holidays such as those due to important state or religious holidays.

What calendar do we use?

There are three main kinds of calendars currently being used around the world: solar, lunar and solilunar or lunisolar. The calculator is based on the Gregorian calendar, which contains 365 days in a typical year and 366 in a leap year. This is a solar calendar named after Pope Gregory XIII who introduced it in 1582. It was first used in Catholic countries in Europe, consequently replacing the Julian calendar (introduced earlier by Julius Caesar) which it is based on, the Islamic, and others. Greece was the last European country to adopt it in in 1923, while it was adopted in the British Empire and most of its colonies, including American, in 1752.

The calendar is currently used throughout most of the world. Some countries have chosen to modify it, others use it alongside their old calendars. There are only a few who have not adopted it at all to this point.

Most countries use the Gregorian as their civil calendar, which means it is used for general everyday purposes: administrative, civil, and official. Typically these countries would also have other calendars used simultaneously, such as ones based on religion (Christian Orthodox, Catholic, Islamic, Hebrew, etc.).

There are about forty calendars in the world, including the Chinese, the Persian, the Mayan, the Egyptian, the Islamic, the Bulgar, the Hijri, the Roman [1]. 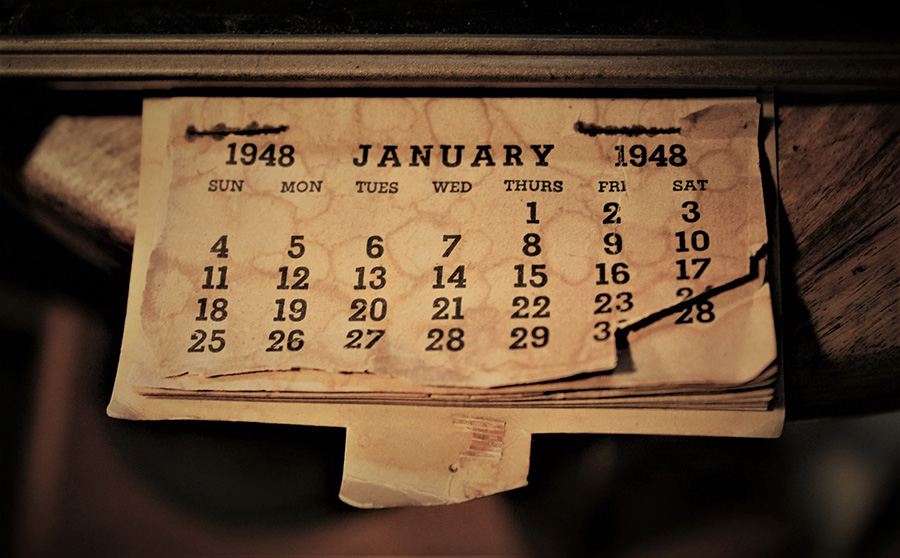 Due to the change in calendars in the West, there exist the terms Old Style (OS) and New Style (NS). They are found in history books where historians are referring to past events which took place when the Julian calendar was used. These styles were also used by people at the times when the change was happening to make it clearer, especially when writing letters and other documents.

Today there are many proposals to reform the calendar in order to make it easier to use. Criticisms of the calendar include that it is not perennial, meaning it starts on a different week day each year, which also means that it expires on the 31st of December. In addition the months differ in length in a non-logical way for the common person. Some criticize it for being based on religious events and that it is not connected to the lunar phases. However, we still use the version adopted centuries ago with no prospects of this changing anytime soon.

Not to worry, however, if you have trouble counting or calculating days between dates due to not remembering the length of the months or whether it is a leap year or not. This tool covers all of these issues and all you need to know is the first and last days of the period of time you are interested in.

[2] "What Is a Leap Year?". Available at https://www.timeanddate.com/date/leapyear.html

If you'd like to cite this online calculator resource and information as provided on the page, you can use the following citation:
Georgiev G.Z., "Days Calculator", [online] Available at: https://www.gigacalculator.com/calculators/days-between-dates-calculator.php URL [Accessed Date: 27 Jan, 2022].