Use this tip calculator to easily add a tip and calculate the total bill you need to pay. Works for single payer and for multiple payers (shared bill tip) as well. You can round up the total bill or the per person total bill in case there are multiple people paying.

How to calculate a tip?

Our tip calculator will calculate the total you need to pay, including a tip of your choosing. In cases where there are several people paying their own part of a shared bill, you can choose the number of people and we will split the bill and tip and present the amount each of you needs to pay.

Most of the time it is convenient for both you and the service personnel to leave a whole banknote and not wait for small change. The gratuitiy calculator supports several ways of rounding the bill: to the nearest whole dollar (or euro, etc.), to the nearest 5, 10, or 50 dollars. More than that, when you need to collect a shared bill from multiple people, it is also convenient to round each party's contribution, so we offer rounding for shared bills and tips as well!

This calculator is great for using in a restaurant, pizza place, coffee house, bar or to tip a taxi, a coat checker, a maid, bellman or porter, valet parking, dealers at table games, a masseuse for a massage, and many other businesses. You can see a table of suggested tips per occupation below.

For a shared tip, you need to first calculate the simple tip and then divide by the number of people paying the restaurant bill. If 3 people were sharing a bill of $100 and a 20% tip, then that's $120 / 3 = $40 a piece. In case the number is not whole, it is usually convenient to round it up, as our gratuitiy calculator will do for you.

How much to tip in different situations?

One of the required input fields in any add tip calculator is the rate or percent to sweeten the bill with. Here are some common situations and the tips appropriate for them, but these are guidelines, not rules. Please, note that these numbers apply mostly to the United States and Canada.

In some establishments a mandatory tip may be added to all bills or to bills for a table where more than a certain number of people are seated, e.g. 6 or more people. In such cases the mandatory tip should be noted in the menu and it should certainly be included in the bill, so watch out so you don't double tip by accident. Obviously, you do not need a calculator in such a situation. 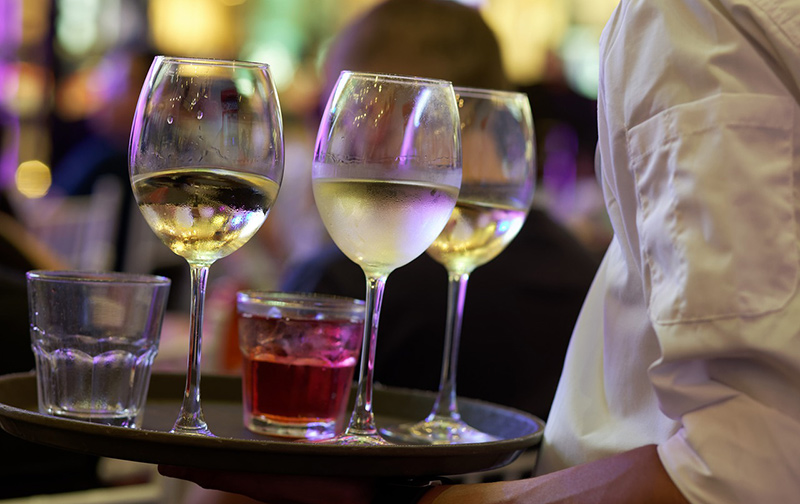 Please, note that in many countries it is explicitly forbidden to tip government or municipal workers, for example police officers or clerks. It may be seen as an attempted bribery! Do not use our software for illegal activities.

It is important that you do not feel pressured to leave a generous tip, especially if displeased with the service. A tip is expressing gratitude and so it makes no sense to leave one if you are unhappy with how you were threated. If it is a borderline case, you can opt to leave a small tip - just enter a smaller tip percentage in the simple tip calculator. In really bad cases you might want to skip the tip entirely and ask for the manager instead, however unpleasant that might be.

Origins and history of tipping

Leaving a tip (also gratuity) most of the time refers to a sum of money given to a service worker, on top of the base price. Tips usually go directly in the pocket of the person being tipped, though there are exceptions - when teams of workers share tips, tips left in common tip jars, as well as cases where tips are taxed by local or state governments. Tips are a matter of social norm and etiquette and so the practice varies greatly from country to country and from situation to situation, which is why it is handy to have a calculator ready. In many countries it is expected to just round up the sum, while in others no tip is expected, or the person may even get offended or insulted if you tip them. In others it can just lead to a small confusion.

There are claims that the word "tip" came from an acronym of one of these: "To Insure Promptness", "To Insure Performance", "To Insure Prompt Service". However, there is little to no substantiation of these claims and logically it doesn't make sense, since tips are given after, not before performing the service or duty, so while one can argue about long-term effects, it is highly dubious that an uncertain compensation of an unknown size after an act can stimulate the actor to do anything special or out of the ordinary. Also, no matter what amount of tip you calculate in your bill, it is not ensuring or insuring anything.

From the best available evidence (written language) it seems it was used as both a verb and a noun as early as the 1700s in Britain. There are reasons to believe the word, which then and now stands for sharing both sums of money and intelligence or general information, may have originated from underworld slang. Nowadays, of course, the usage of the word is entirely decent and there is nothing shady about using an online tip calculator.

From Europe, the practice of giving tips spread to different parts of the world, including the United States, probably in the early 1800s. In the late 1800s there was a movement against tipping that claimed it is unamerican and denigrating to the person being tipped. Currently, tipping is widespread in service-oriented industries as it is believed that it better aligns the interest of owner, worker and client, and encourages better service in the long run, though this claim is debated in literature.

What tip calculator to use?

Nowadays there are many different software vendors offering various calculators. A simple way is to employ Microsoft Excel and calculate the tip in a spreadsheet, using the abovementioned formulas. Provided you have a smartphone, you can use a relevant Andoid or iOS mobile app. Google search nowadays has an in-built calculator as well.

While there are a variety of options availble to you, you should consider using the calculator you find most convenient to use. You will be delighted with the user experience of using our shared tip calculator and on top of that it supports shared bill tip calculation and rounding the bill to various whole numbers. Not only does it do the math for you, but it is also easy to use on your phone due to its responsive design. If there is a functionality that would you make you happier in using our tool, just let us know!

If you'd like to cite this online calculator resource and information as provided on the page, you can use the following citation:
Georgiev G.Z., "Tip Calculator", [online] Available at: https://www.gigacalculator.com/calculators/tip-calculator.php URL [Accessed Date: 10 Aug, 2022].