Easily calculate the angular velocity of an object in circular motion. Input supports metric and imperial measurement units, radians and degrees. The angular speed calculator can also be used to solve for linear velocity and radius. Can also convert angular speed to linear speed and vice versa.

Angular velocity of an object or particle is the rate at which it rotates around a chosen center point or in other words: what angular distance does an object cover around something over a period of time and is measured in angle per unit time. The standard measurement is in radians per second, although degrees per second, revolutions per minute (rpm) and other units are frequently used in practice and our calculator supports most of them as an output unit.

This angular speed calculator is useful for estimating the angular velocity of a body in motion on a circular path. For example, it can be used to calculate the angular speed of a Ferris wheel, a carousel, a CD-ROM or DVD, and basically any object which is rotating or moving on a circular path. It even works well enough for calculating the angular momentum at the Earth's surface and angular speed in its orbit around the Sun (see example #3 below), even though these are not exact circles. If RPM is known it can serve as an RPM to angular velocity calculator.

The output if calculating linear velocity is in both metric and imperial units: m/s, ft/s, km/s, km/h, miles/s and mph. When the output is the path radius is given in meters, feet, kilometers, miles and even light years and parsecs for really large distances.

The angular velocity vector always runs perpendicular to the plane in which the object is rotating which makes the equations for finding it quite simple. The formula for angular velocity (ω, Greek lower-case letter omega) in radians expressed in terms of the body's rotation frequency (f) is the first equation below:

These formulae are valid for rigid bodies and work for non-rigid ones only approximately. 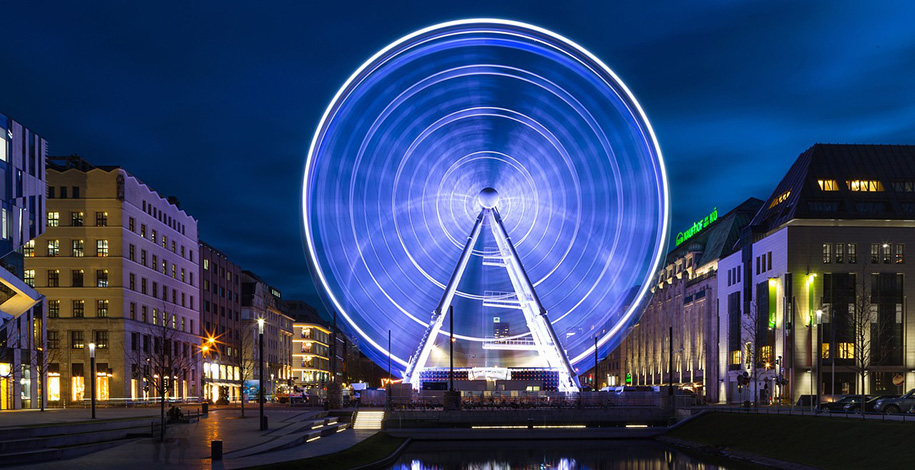 Of course, while using our calculator you would not need to perform these unit conversions, as they are handled for you on the fly.

If you'd like to cite this online calculator resource and information as provided on the page, you can use the following citation:
Georgiev G.Z., "Angular Velocity Calculator", [online] Available at: https://www.gigacalculator.com/calculators/angular-speed-calculator.php URL [Accessed Date: 06 Jul, 2022].