Use this height percentile calculator to calculate how tall or short you are relative to the general population (select 'The World') or to people of a specific gender, age, or country. Child height percentiles are only available for U.S. citizens (based on CDC data). Newborns, toddlers, and infants data is based off WHO's Child Growth Standards. The calculator supports feet and inches, meters and centimeters.

With the help of our height percentile calculator you can calculate what percentile of the population your height falls in, what percentage of people of a given gender, age, and country are shorter or taller than you. It is perfect for answering the questions "What percentile is my height?" and "What percentile height am I?", but the tool can also be used for others, e.g. infants, toddlers and children, including newborn babies. It can serve as a height for age calculator, but note that the results do not constitute health advice. Always consult a certified physician before taking any action related to your health or the health of your child.

To use the tool, first, select a biological sex (gender), then enter the current age of the person: type in whole years manually and select the number of months by rounding to the nearest whole month. For a newborn, enter zeroes in both years and months. The age accuracy is not important if above 20 (adult). Then enter the person's height in feet and inches or in cm or meters. If doing this for your child or toddler, enter their sex (boy or girl), age, and height.

Finally, select the country with whose population you want to compare the height against, or just select "The World" for a worldwide comparison. If choosing a particular country - for adult men and women this should be the country they have spent most of their child and teenage years in order to get a fair comparison. To see the result, press "Calculate Height Percentile" and see which percentile the person falls in. E.g. if they are in the 80th percentile this means they are taller than 80 out of 100 males or out of 100 females, respectively.

How we calculate the height percentile

The assumption behind the height comparison calculator is that height in human populations follows an approximately normal distribution. Knowing the mean and standard deviation of a normal distribution means one can compute the cumulative distribution function and thus see where a particular measurement falls in terms of cutting out a certain percentage of the total distribution. Since standard deviation data is not available for all listed countries, we use estimates from neighboring countries. For other countries height data is only available for one gender - in such cases we estimated the height of the other using the average difference in the mean height of human males and females. 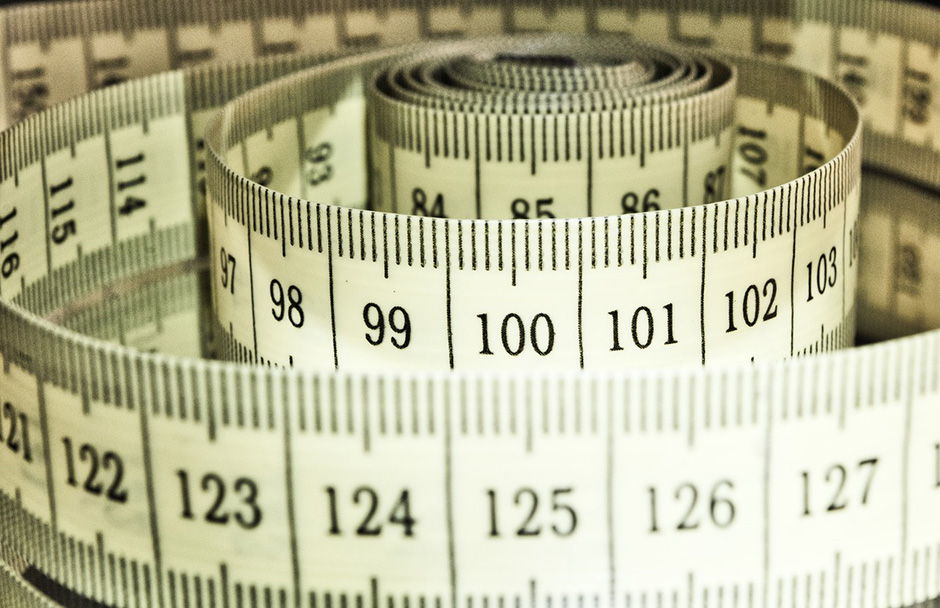 It should be noted that the further away from the population mean a given stature is, the larger the probability of an error due to sampling error in surveys.

How does my height compare to others?

If you've compared your height to the average for a given gender across the World (just select 'The World' from the Country drop-down, it is in first position) or in any specific country, the height comparison calculator will output the results as percentiles and will also say what percentage of the specified group you are taller than and shorter than. The numbers are pretty straightforward to understand, but a practical example may help.

Calculator data for infants and children up to 24 months is based on the World Health Organization Child Growth Standards[1]. Data for children older than 23 months (boys & girls) and teenagers is from the United States NHANES population survey[2] used to compile the CDC Growth Charts and thus "United States" is the only option available in the country selector if you input an age in this range.

Adult height data is from various sources, mostly national surveys of the respective countries: currently 116 of them, including the U.S., Canada, Mexico, most European countries, and others. Comparing your height to the correct country average is important since average height varies considerably between countries due to genetic and environmental factors.

Worldwide average heights and standard deviations are based on Jelenkovic et.al. [3] based on the latest cohort born between 1980 and 1994. Such worldwide data has inherent issues due to possible sampling biases and systematic measurement errors (e.g. due to self-reported heights), but these could also be present for country level data as well.

Below we present average heights for males and females in different ages based on the US CDC growth charts with data gathered as a part of the U.S. NCHS National Health and Nutrition Examination Survey (2011-2014) [2]. It essentially shows the expected height for each age bracket by biological sex, assuming nothing else is known about the individual. 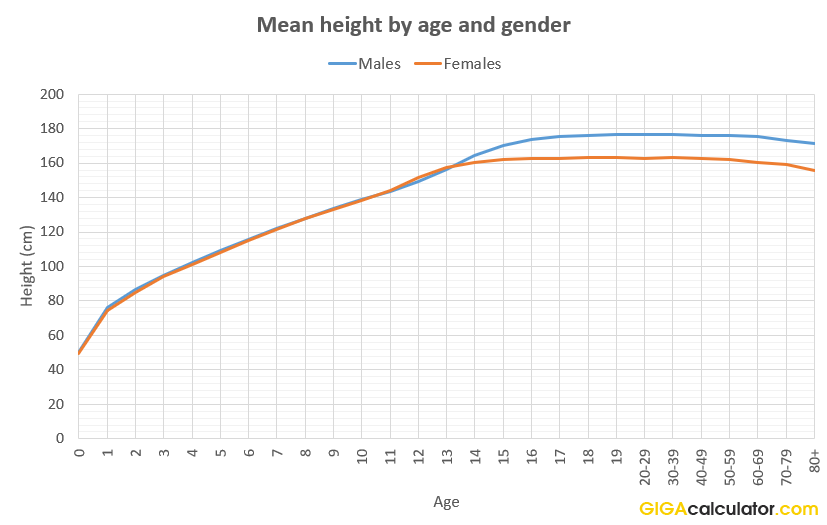 Above is the average (mean) height comparison for U.S. citizens aged 0+. Below is the median height of U.S. citizens aged 0-20, by age and by gender (men, women). The median age is the value for which half of the population's height is lower than that, and half is higher. 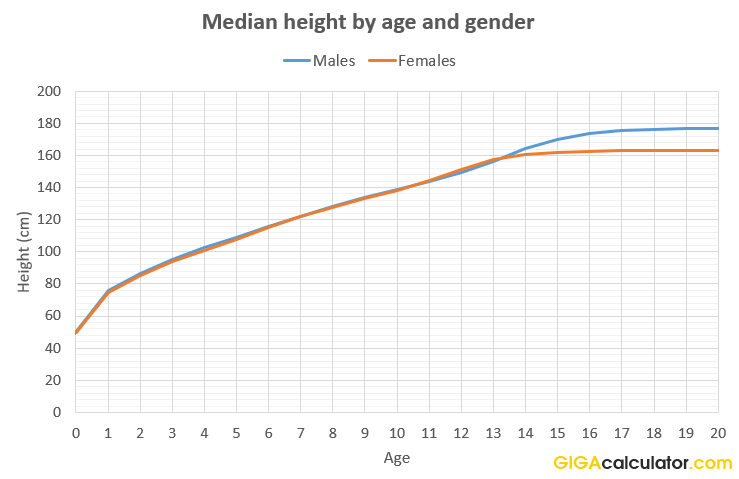 As you can see, there is a clear trend for height to increase for both young boys and girls till about adulthood and then decrease slightly for both genders in the late adult years. Due to this later decrease we adjust the mean estimates slightly if your age is in the 70-79 or 80+ range. On the other hand, due to the rapid growth of baby boys and baby girls, as well as toddlers, we have more refined data for each month so that a more accurate percentile can be calculated.

Who is the tallest man?

Going further back the tallest woman in medical history appears to be Zeng Jinlian of Hunan, China, who stood at 248 cm (8 ft 1 1⁄2 in) when she died at the age of 17.

On the opposite side we have the shortest adult human on record: Chandra Bahadur Dangi of Nepal with a height of only 54.6 cm (1 ft 9 1⁄2 in).

[1] The WHO Child Growth Standards

If you'd like to cite this online calculator resource and information as provided on the page, you can use the following citation:
Georgiev G.Z., "Height Percentile Calculator", [online] Available at: https://www.gigacalculator.com/calculators/height-percentile-calculator.php URL [Accessed Date: 02 Dec, 2020].