Use this ROIC calculator to easily calculate the return on invested capital. ROIC formula and calculation examples.

What is Return on Invested Capital?

Return on invested capital (ROIC) is a ratio which aims to measure how well a company is able to allocate its capital and to generate operating return per unit of invested capital, thus it aims to reflect the profitability / value-creation potential of companies relative to the amount of capital invested. The higher the ROIC percentage, the better the investment is for its stockholders in absolute terms, although a relative comparison to a different investment option might still be unfavourable for the company in question. ROIC is often compared to WACC to assess the relative efficiency of the invested capital (see "ROIC vs WACC" below).

The value calculated by a ROIC calculator is usually expressed as a percentage and more rarely as a ratio. The ROIC ratio or percentage is often used in stock valuations alongside the P/E ratio: a company with a high P/E ratio but a consistently good return on capital might be appreciated at a premium to stocks with lower P/Es but less consistent returns. The metric is opaque with regards to which business segment (of a larger corporation) is generating the value.

The formula for ROIC calculation is fairly simple and is usually given as:

with the result being a percentage (%). This is the formula used in our ROIC calculator as well.

The net operating profit is often called EBIT (Earnings before interest and taxes) whereas the adjusted taxes can be replaced by the effective tax rate in which the EBIT is multiplied by (1 - Tax Rate(%) / 100) to get the numerator. You will quickly recognize that the numerator in the equation is thus the NOPAT (Net Operating Profit After Tax, the net after-tax operating profit).

The invested capital is usually calculated by subtracting current liabilities, cash & equivalent holdings, as well as non-operating assets (assets from discontinued operations) from the total current assets of the company. This produces the ROIC formula's denominator which should be for a single year, although some practitioners might prefer calculating an average invested capital over two or more years instead.

As you will note, the formula does not use market values but book values since the former incorporate market expectations which is not something we want to include in a ROIC calculation.

Our tool above will handle all the math for you so you can focus on getting your investment analysis and interpretation right. 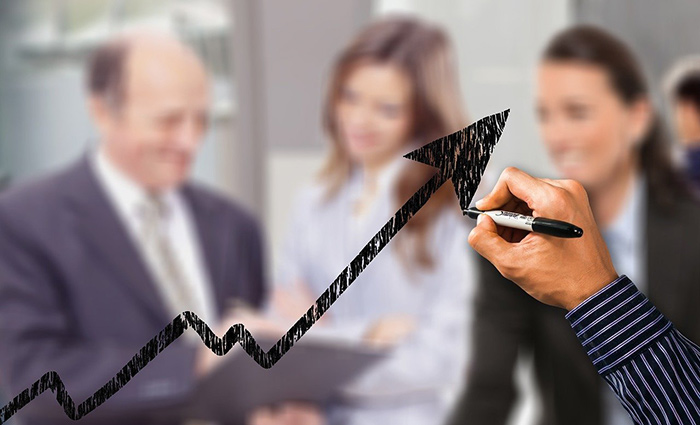 Let's consider the example of a fictituous company ACME X which has turned in a $54,000 operating profit last year and its effective tax rate is 21%. Computing the numerator, NOPAT, goes like so:

Finally, we compute the ratio between NOPAT and the Invested Capital and multiply by 100 to get a ROIC percentage:

Since WACC (Weighted Average Cost of Capital) is the minimum expected return a capital provided would usually demand, the difference between the Return On Invested Capital and WACC is the "excess return" or the "economic profit" realized by an investing agent. The ROIC percentage should be greater than the WACC percentage in order for the firm to be generating capital and adding value for its investors.

If, for instance, a particular company has 14% ROIC and a WACC of 6% the company's net return to investors is 14% - 6% = 8%, which might be good or bad depending on the particular investment and business environment. If the difference between the two is very small then the return on capital is usually considered poor.

Therefore, ROIC indicates how wise and effective the overall use of capital investment is in a company whereas ROI can be utilized either for investments (e.g. in the stock market) or in a company internally to evaluate the profitability of concrete decisions. Additionally, return on investment can also include non-operating profits, e.g. investment income.

If you'd like to cite this online calculator resource and information as provided on the page, you can use the following citation:
Georgiev G.Z., "Return on Invested Capital Calculator", [online] Available at: https://www.gigacalculator.com/calculators/roic-calculator.php URL [Accessed Date: 27 Jan, 2023].