Use this generator to get your lucky numbers, whatever that means to you, e.g. you can use it for lottery (lotto) numbers and other games of chance. Get today's lucky number.

There are many lucky number generators online, and all of them have one thing in common - none has defined what luck means, how it is measured, or how one can tell if a number is "lucky" or not. When there is a definition, such as one based on astrology, numerology or other such nonsense, it is not backed by any systematic explanation or verification. At best, you will get anecdotal evidence, like the lottery winners you see, but conveniently the losers do not get the same media / advertising time.

Luck, and thus lucky numbers are mainly a cultural phenomenon. For example, in European tradition the number 7 is considered lucky, while in Chinese traditions that's the number 8. In numerology you will find certain numbers being associated with better or worse outcomes, when they appear in various forms (related to birth date, name converted to numbers, license plates, phone numbers, stock tickers, etc.). Astrology really doesn't have anything to do with numbers, but since there is money to be made from that belief, there are such things lucky numbers according to astrology. So, straight to the question:

According to astrology everyone is assigned an astrological sign at birth among a set of twelve (Aries, Taurus, Gemini, Cancer, Leo, Virgo, Libra, Scorpio, Sagittarius, Capricorn, Aquarius or Pisces) according to the position of celestial bodies on the sky. Horoscopes can then be made based on that sign. Since astrology is a superstition masquarading as a science, there is no scientific evidence that a person's sign has any bearing on their luck in a lotto draw or in anything else. Therefore, it does not make sense to generate a lucky number for today based on someone's astrological sign.

Even if one takes numerology and astrology seriously, there is no crossover between the two. Things like "scorpio lucky numbers" or "gemini lucky numbers" do not have basis in either discipline.

Is there such a thing as luck and lucky numbers?

In short - no. Numbers are just numbers - a conceptualization of counting similar objects, and all mythical powers assigned to them are likely remnants of our not so distant past when people who could read numbers were few and between, even fewer were those who could work with them in terms of arithmetic and geometry. And yes, sometimes mathematics can appear as magic, but it is not and there is nothing special about any number or number sequence, despite claims from numerology practitioners, astrology practitioners and others praying on the naive. Statistical literacy, knowledge of epistemology, and design of experiments should help in educating the public about the reality of numbers, counting and measurements, but, unfortunately, these areas of human knowledge are outside of the interest of most people.

Lottery is often referred to as "a stupid tax", or a tax on the less mentally endowed, and this lucky number generator is in fact an attempt to explain why, so if you are interested - read on. The first recorded history of lottery-like gambling comes from the Chinese Han Dynasty between 205 and 187 BC and the reason for their existence was most likely to help finance projects like the Great Wall of China. In Europe the first lotteries date back to the Romans, where they were practiced as amusement at dinner parties, therefore everyone won something, so it was basically distribution of gifts and not gambling per se. After a period of decline in the first half of the 20-th century in the 1960s casinos and lotteries began to reappear in the U.S. and Europe as means for governments to raise revenue without raising taxes.

Modern day lottery is a form of gambling in which numbers are drawn using a random procedure and those who guessed the numbers in advance earn a prize. Gambling and lotteries are outlawed by some countries and local governments, but at the same time others endorse it, usually to the extent of organizing a national or state lottery. Private lotteries exist as well but are commonly government regulated.

Initially lottery numbers were predefined, so there could be only one winner. You get a ticket, or draw a ticket, and whichever number is on it, that is your luck. However, many lotteries nowadays allow purchasers to pick the numbers themselves, so there is a possibility of multiple winning lottery tickets. In such games, due to the increased risk for the organizer, the prizes are usually expressed as a percentage of the ticket revenue, so if many people guessed the numbers they would share the prize pool.

If you want to participate in a lottery that allows choosing your numbers, then our lucky number generator can assist in the task in case you don't want to actually pick them, but to rely on your luck entirely. Our lottery number generator will produce the specified number of random numbers using a cryptographically strong random number algorithm. Most lotteries require the selection of 5, 6, or 7 numbers, usually out of the numbers from 1 to 35, 1 to 47, 1 to 49. However, many different lotteries exist. By default our tool shows 6 lucky numbers from 1 to 49, but you can generate just one today lucky number, or any quantity like 3, 4, or 5 numbers, and so on.

The ratio between the numbers to pick and the total set of numbers the winner will be drawn for are carefully chosen so that the total number of combinations favors the organizer. For example, the chance of winning the US Powerball lottery jackpot are 1 in 292,201,338 (check with our combinations calculator), that is roughly 1 in 300 million in a country with a population of roughly that much, of which only a part is eligible to participate and even fewer actually participate, though one person can buy more than one ticket, increasing his or her chances of winning. You might want to check out our ratio calculator for more on understanding ratios and how they work. 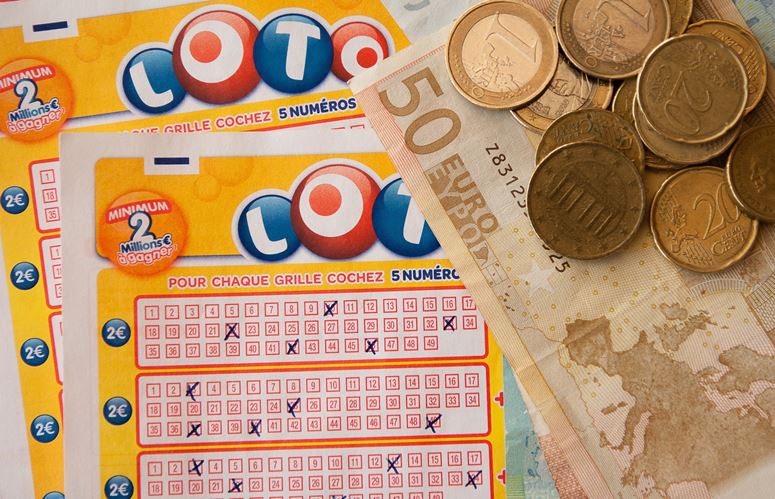 Luck and the chance of winning the lottery

If we go with the U.S. example of the Powerball, then you have 69 balls in the main ball pool and 26 in the Powerball pool. The order of the balls doesn't matter so your chance of guessing the 5 main balls, but not the powerball are 1 in 11,688,053 or 1 in ~12 mln. In other words, you need to be incredibly lucky to hit that. The chance to guess the 5 main balls and the power ball is multiple times lower, as explained above. 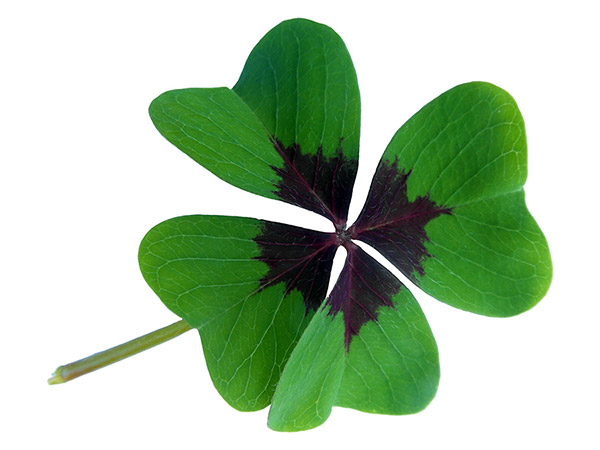 You will need a lot of those lucky four-leaf clovers to ever win the lottery. Though, if you think about it, if 300 mln US citizens look at the previous sentence, someone is certain to win in the next draw or two!

The lottery numbers are drawn truly at random, so there is no way to predict what numbers will be drawn or even if a given number has a higher chance than the rest of being drawn on the next lottery draw. In that sense, there are no "lucky numbers" with regards to the lottery. But why do people think there might be such a thing as predicting the lottery?

Viewed differently, this mistake can be interpreted to bolster a gambler's belief in his or her "luck". If one wins small prizes in a series of, say, 3 draws, then one is more likely to believe that they are on a "lucky streak" and that their chances to win on the next lottery draw are somehow improved. That it is more likely to continue winning. This is not the case, as explained above. This phenomenon can be even stronger if someone has won several small prices with a given set of numbers in their selection. There is nothing special about these numbers, they are not "lucky numbers", as their past performance says nothing about the likelihood of them resulting in another prize on the next attempt.

No matter if you believe in lucky numbers or not and whether you get them from a lucky number generator or by some other means, make sure that you only gamble with your own money and do not buy tickets with funds you cannot afford to lose. Lottery, lucky numbers and all that is no means to make money or earn a living. Gamble for entertainment and only when in good spirits.

If you'd like to cite this online calculator resource and information as provided on the page, you can use the following citation:
Georgiev G.Z., "Lucky Number Generator", [online] Available at: https://www.gigacalculator.com/calculators/lucky-number-generator.php URL [Accessed Date: 28 Nov, 2022].