Use this mode calculator to easily calculate the arithmetic mode of a set of numbers.

What is a mode?

The mode is the most frequent value in a set and is one of the three most used statistics, the other ones being the arithmetic mean and median. From the three, the mode is usually the least affected by outliers and extreme values. As a descriptive statistic it is minimizing the number of times a number from a set is not equal to that set's mode.

How to find the mode?

To find the mode of a set of numbers, follow these three steps:

Can there be more than one mode? 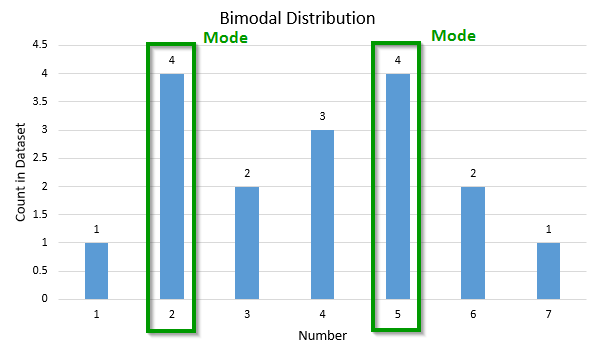 Mode calculation makes sense for non-numerical (e.g. categorical) data, like names or family names, professions, car models, etc. Most voting systems in the world have at their core the mode of the set of votes - counting who got the most votes, whose name appears most frequently in the set of votes cast, these are all different ways to describe the mode.

An example from the application of probability theory: if you know that the mode of a set is "5", and you have to bet on what the value of a randomly drawn element from the set will be, the mode is your best bet. Using an online calculator you can easily calculate the arithmetic mode for even a large dataset.

If you'd like to cite this online calculator resource and information as provided on the page, you can use the following citation:
Georgiev G.Z., "Mode Calculator", [online] Available at: https://www.gigacalculator.com/calculators/mode-calculator.php URL [Accessed Date: 27 Jan, 2022].